Many consider the weather in Sedona as ideal.  With more than 300 days of sunshine a year, Sedona has four seasons with spring and fall being the most popular time to visit.  In winter, the temperatures are cold with highs in the upper 50’s.  Springtime brings warmer temperatures with highs in the low 70’s.  Summer is hot, but typically between 10-20 degrees cooler than the Phoenix area.  Highs in the Sedona summer are typically in the 90’s with overnight lows in the 60’s.  Temperatures really begin to cool off in the fall, with temperatures in the high 70’s and lows in the 40’s.

Monsoon season starts on July 7 and ends in September.  Monsoon season can be described as hot and humid, with thunderstorms building up throughout the day.  Monsoon showers can sometimes be downpours which only last a few minutes that cause localized flooding on streets and usually dry riverbeds.  Thunder and lightning are prevalent during the summer storms, so remember to take cover.

Yes, it snows in the winter.  Snowstorms may bring only a light dusting or up to several inches of snow.  With Sedona’s warmer winter climate, snow tends to melt before the day is over.  There are several places in town where heavy snow and ice cause problems with traffic.  Be careful when coming into West Sedona via State Route 89A, Cook Hill on SR 89A leading into Uptown and along the SR 179 corridor. 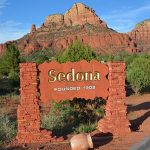 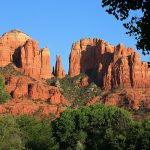 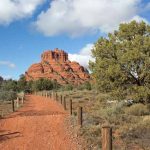 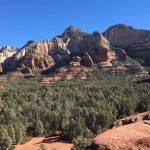 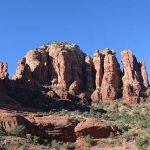 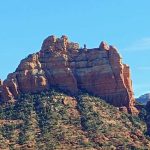 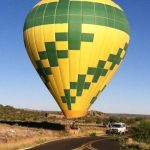 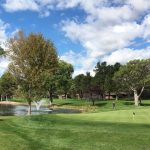 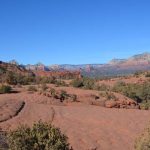